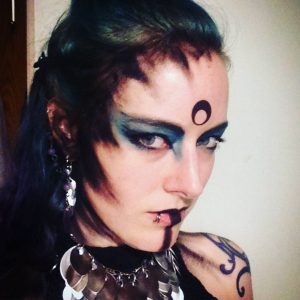 Aimee Seaver has collaborated with Chance’s End on several occasions. For our last album, she was a featured dancer in the Rich Girl music video. This time, we commissioned Aimee to create the album cover for Silicon Wakes Up. Ryan has long been mesmorized by the vivid colors of her illustrations of fanastic female forms, and felt that her style would be the perfect visual representation of the album.

In addition to her visual art, Aimee is an accomplished dancer, and will hopefully be seen in a future Chance’s End music video! You can keep up with Aimee on her Instagram page.