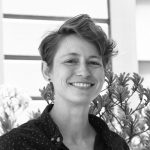 As one of the top mastering engineers in California, Piper Payne has been the go-to engineer for Ryan to master all Chance’s End albums. Piper recently opened her own mastering facility Neato Mastering in a full-service music production complex near Jack London Square in Oakland California. In addition to her work as a mastering engineer, Piper is also active in the AES as well as the Women’s Audio Mission. We’re extremely pleased to be working with her once again!